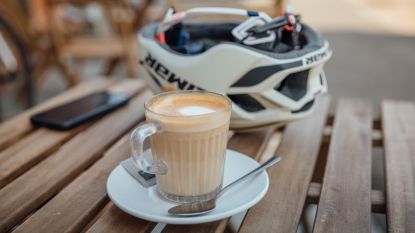 Caffeine is a central nervous system stimulant and can be found in coffee. It is legal and widely used by athletes as an ergogenic aid. Caffeine has been shown to improve cycling performance, but the magnitude of the effect varies depending on the individual.

Caffeine may improve performance by 1-2% in trained cyclists, but the effect is more pronounced in novice cyclists and those not accustomed to caffeine intake. In addition to its effects on cycling performance, caffeine also increases alertness and reduces fatigue, which could lead to improved safety when riding.

Caffeine is a stimulant that can improve mental and physical performance. It’s found in coffee, tea, energy drinks, and chocolate. Most people consume caffeine every day without realizing it.

In small doses, caffeine can make you feel more alert and improve your mood. It can also help you focus and concentrate on tasks. Caffeine can also enhance physical performance by making you feel less tired and increasing your endurance.

Cycling is a great way to get some exercise while enjoying the outdoors. And what goes better with cycling than a nice cup of coffee? While coffee doesn’t have any magical powers, it can give you a boost of energy that can help you ride longer and harder.

If you’re looking to improve your cycling performance, try drinking a cup of coffee before your ride. You may just find that it makes all the difference!

How Does Caffeine Affect Cycling Performance?

The individual response to caffeine also varies greatly, so some cyclists may find it helpful while others may not. If you do decide to try using caffeine, start with a low dose (1-2 mg/kg body weight) and see how you respond.

Caffeine is a central nervous system stimulant that has been shown to improve alertness, decrease perceived effort and increase power output. Caffeine’s primary mechanism of action is to block the neurotransmitter adenosine from binding to its receptors. This results in increased firing of neurons and release of other neurotransmitters like dopamine and norepinephrine.

Caffeine also increases epinephrine (adrenaline) levels in the blood, which leads to an increase in heart rate and blood pressure. All of these effects lead to improved alertness and performance. It should be noted that not everyone responds to caffeine in the same way.

Some people are more sensitive to its effects than others and may experience side effects like jitters, anxiety or insomnia at lower doses. It’s also important to be aware that tolerance can develop quickly, so it’s best to limit consumption to no more than 400 mg per day (about 4 cups of coffee). If you’re looking for a performance boost, caffeine is definitely worth trying.

Just be sure to start with a low dose and see how you respond before increasing your intake.

It’s no secret that coffee is a popular beverage among cyclists. While some may shy away from caffeine, many cyclists see it as a way to improve their performance. But just how effective is coffee for cycling?

Caffeine has been shown to improve athletic performance by increasing alertness and improving focus. It can also delay fatigue and help you to power through tough workouts. For these reasons, it’s not surprising that many cyclists turn to coffee before a race or hard training session.

However, it’s important to remember that everyone reacts differently to caffeine. Some people may find that it makes them feel jittery or anxious, while others may have trouble sleeping if they drink coffee too close to bedtime. If you’re new to using caffeine for cycling, start with small doses and see how your body responds.

And be sure to drink plenty of water along with your coffee, as dehydration can make the effects of caffeine even more pronounced.

Is It Ok to Drink Coffee After Cycling?

It is not advisable to drink coffee after cycling. It can lead to dehydration and also disturb the natural electrolyte balance in the body.

Caffeine is a central nervous system stimulant that can improve alertness, focus and energy levels. It’s found in coffee, tea and chocolate, as well as some soft drinks, energy drinks and over-the-counter medications. A small amount of caffeine can be beneficial before exercise, but too much can cause jitters, anxiety and increased heart rate.

Caffeine cycling means alternating periods of high intake with low or no intake. This strategy may help you avoid tolerance to the effects of caffeine. Some research suggests that regular caffeine use can lead to reduced sensitivity and decreased performance benefits.

However, more research is needed to confirm these findings. If you decide to try caffeine cycling for improved performance, it’s important to start slowly and increase your intake gradually over time. Be sure to monitor your response to caffeine so that you don’t consume too much.

When used appropriately, this strategy could help you enjoy the benefits of caffeine without tolerance issues.

Cycling Caffeine Reddit I’m a big fan of caffeine and I cycle. I’ve been doing it for years.

I never get tired of the benefits. It keeps me alert, helps me focus and makes me feel great. I’m not the only one who loves cycling caffeine.

There are plenty of people on Reddit who feel the same way. Here are some of their experiences: “I started using caffeine while cycling last year and it has made a huge difference. I can ride for longer, recover faster and stay focused.” – /u/ShreddieMercury

“Caffeine is amazing stuff! It really helped me when I was struggling with motivation to keep going on my rides.” – /u/steezysteve863

How to Cycle Caffeine Bodybuilding

You might think that bodybuilders would steer clear of caffeine given its reputation as a stimulant. However, many lifters actually use caffeine as a tool to help them train harder and longer. Here’s how it works:

Caffeine is a central nervous system (CNS) stimulant that increases alertness and energy levels. It also has some pretty potent fat-burning properties. When used in conjunction with exercise, caffeine can help you burn more fat and calories while also delaying fatigue.

So how do you cycle caffeine for bodybuilding? Start by using it on training days only, in the morning or early afternoon. Begin with about 200 mg of caffeine (about two cups of coffee), and gradually increase your intake until you find the sweet spot that gives you the desired energy boost without making you jittery or interrupting your sleep at night.

Once you’ve found your ideal dose, stick to it for several weeks before taking a few days off to reset your tolerance levels. This will help ensure that you’re getting the most out of your caffeine “boost” while minimizing any potential side effects.

Coffee has long been a popular beverage for cyclists. A cup of joe before a ride can help to improve performance and increase alertness on the road. However, there is some debate as to whether or not coffee is the best choice for all cyclists.

Some experts believe that coffee may actually dehydrate the body and lead to cramping or other issues during a ride. If you decide to drink coffee before your next bike ride, be sure to consume it in moderation. A small cup should be enough to give you a boost without causing any adverse effects.

And remember to stay hydrated throughout your ride!

How Much Caffeine in Coffee

How Much Caffeine in Coffee? The average 8-ounce cup of coffee has 95 milligrams of caffeine, but there can be a lot of variation. Some light roasts have less caffeine than dark roasts, for example.

And the longer coffee is brewed, the more caffeine it typically contains. Brewed coffee has about 3% caffeine by weight (decaf has even less). So if you brew 6 ounces of coffee, that’s about 20 milligrams of caffeine.

But again, there can be a lot of variation depending on how strong you like your coffee and other factors. There are also many other foods and beverages that contain caffeine besides coffee. For example, most sodas have caffeinated versions (though some brands also offer decaf).

Energy drinks usually have more caffeine than soda—sometimes a lot more. A typical 16-ounce energy drink can have anywhere from 160 to 500 milligrams of caffeine.

Caffeine is a central nervous system stimulant. It wakes you up and keeps you alert. It’s also a diuretic, which means it makes you pee more.

Caffeine is found in coffee, tea, energy drinks, cola, and chocolate. The amount of caffeine in these products varies widely. A cup of brewed coffee has about 95 mg of caffeine, while a can of cola has only 35 mg.

Most people can handle moderate amounts of caffeine without any problems. But some people are more sensitive to its effects and can have trouble sleeping or may feel anxious or jittery when they drink too much. If you want to cut back on your caffeine intake, start by drinking less coffee and switching to decaf varieties when possible.

You can also try tea or other caffeinated beverages in moderation. And be sure to check the labels on energy drinks and other beverages so you know how much caffeine you’re consuming.

Caffeine tolerance is the body’s physical response to the continued presence of caffeine in the system. The body begins to build a tolerance to caffeine’s stimulating effects, requiring more and more caffeine to produce the desired results. Tolerance can lead to dependence on caffeine, making it difficult to reduce or eliminate consumption.

Caffeine is found in coffee, tea, energy drinks, soda, chocolate and some medications. It acts as a stimulant, increasing alertness and improving focus. Caffeine can improve athletic performance and provide a temporary mental boost during times of fatigue or stress.

However, too much caffeine can cause anxiety, insomnia and other unwanted side effects. People who regularly consume caffeinated beverages may find that they need more and more caffeine to achieve the desired effect. This is due to tolerance – the body becomes less responsive to the stimulating effects of caffeine over time.

As tolerance builds, people may start experiencing withdrawal symptoms when they try to cut back on their intake. These symptoms can include headaches, fatigue and irritability. If you’re concerned about your level of caffeine intake, it’s important to talk with your doctor or healthcare provider.

They can help you determine if you have a problem with dependence or addiction and develop a plan for reducing your consumption safely.

Cycling and coffee go together like peanut butter and jelly. Caffeine is a legal performance-enhancing drug that can improve your cycling performance by up to 2%. That’s why so many cyclists start their day with a cup of coffee.

Caffeine works by increasing your alertness and focus, making you feel less fatigued. It also boosts your metabolism, which helps your body burn more fat for energy. And it increases blood flow to your muscles, which means they can work harder for longer.

So if you’re looking to get an edge on the competition, or just want to ride faster and further, make sure you get your caffeine fix before hitting the road.